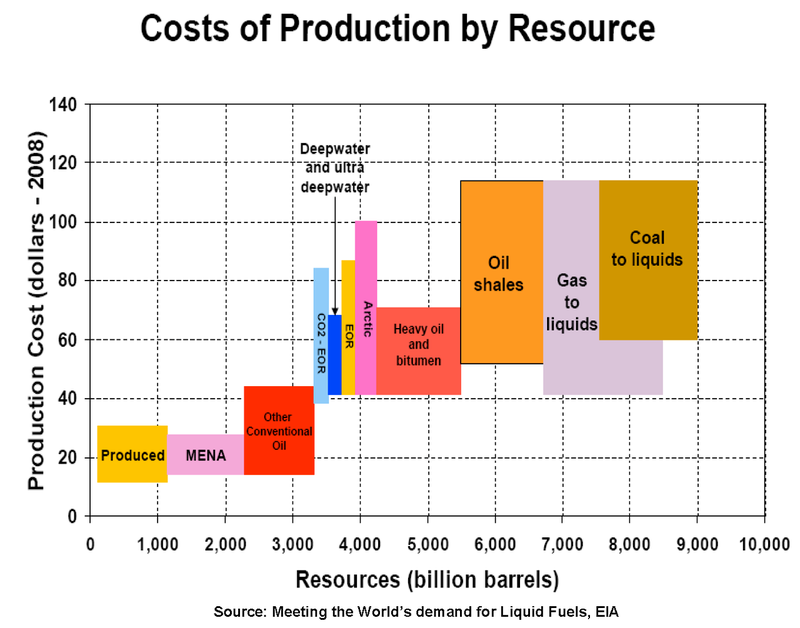 The diagram illustrates the world’s oil reserves, along with the average daily additions to and the consumption of those reserves.

On average, discoveries add 30 million barrels per day (mb/d) to proven reserves. Technological improvements, which mean that a higher percentage of the oil in reserves can be extracted than in the past add, another 25 mb/d. Discoveries and technological improvements are not enough to offset the drain on those reserves of 86 mb/d. Net reserves are decreasing by about 30 mb/d, meaning there is enough oil with current reserves, rate of production and rate of discovery to last about 80 years. 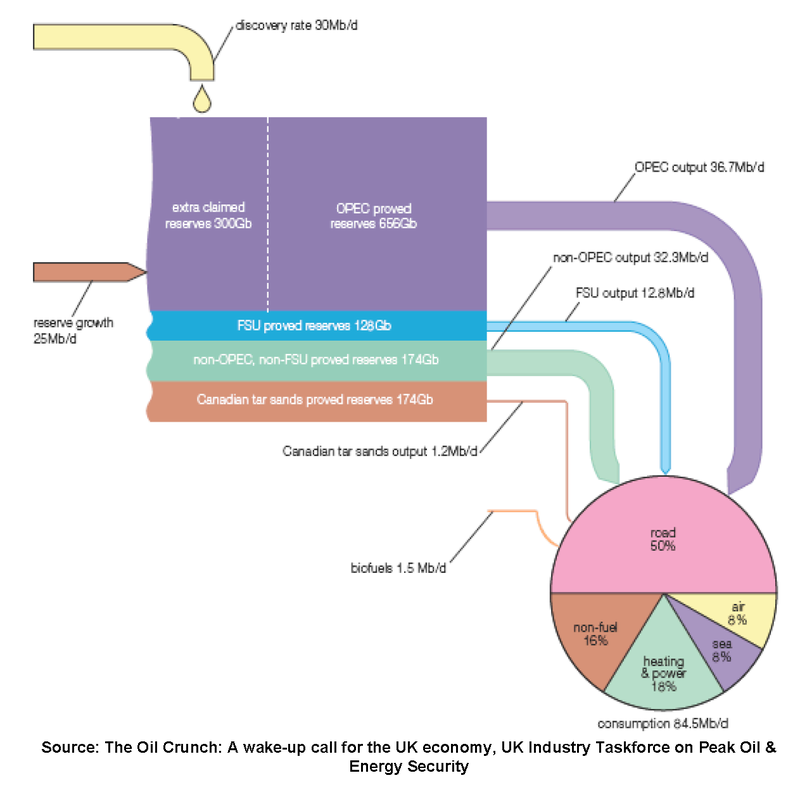 GDP per capita (US dollar)

The Energy use (kt of oil equivalent)

Energy use (kg of oil equivalent per capita)

Mineral rents (% of GDP)
Mineral rents are the difference between the value of production for a stock of minerals at world prices and their total costs of production. Minerals included in the calculation are tin; gold; lead; zinc; iron; copper; nickel; silver; bauxite; and phosphate.