Five states and the Gulf of Mexico supplied more than 80%, or 6 million barrels per day, of the crude oil (including lease condensate) produced in the United States in 2013. Texas alone provided almost 35%, according to preliminary 2013 data released in EIA's March Petroleum Supply Monthly. The second-largest state producer was North Dakota with 12% of U.S. crude oil production, followed by California and Alaska at close to 7% each and Oklahoma at 4%. The federal offshore Gulf of Mexico produced 17%.

Total U.S. crude oil production grew 15% in 2013 to 7.4 million barrels per day. Texas and North Dakota led that growth, with their crude oil outputs each increasing 29% from 2012. Production gains in both states came largely from shales, especially the Eagle Ford in Texas and the Bakken in North Dakota. In the three years since 2010, North Dakota's crude oil output has grown 177% and Texas's output 119%, the fastest in the nation.
( Collapse ) 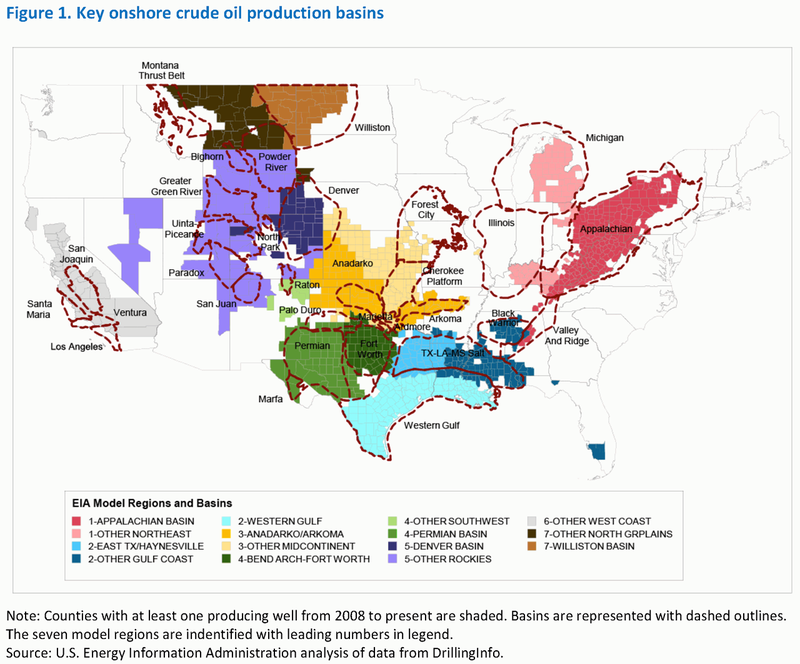 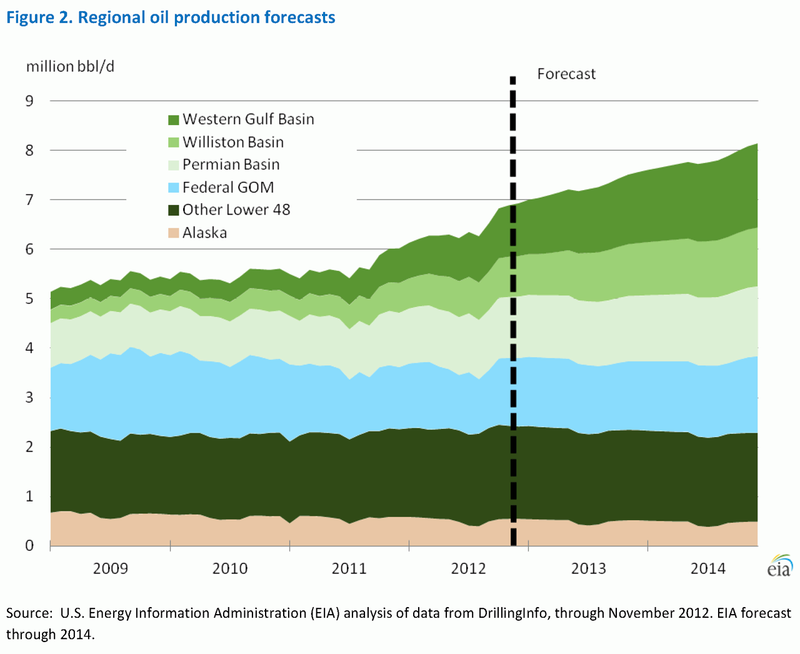 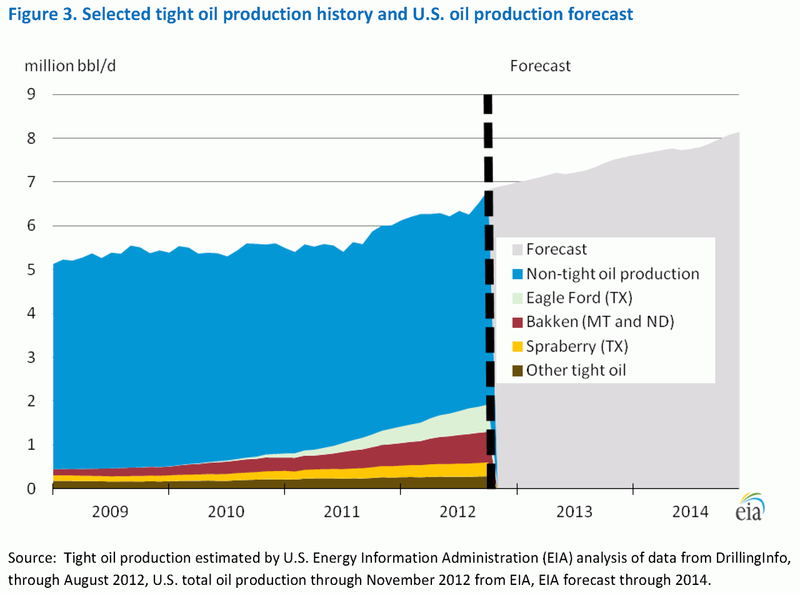 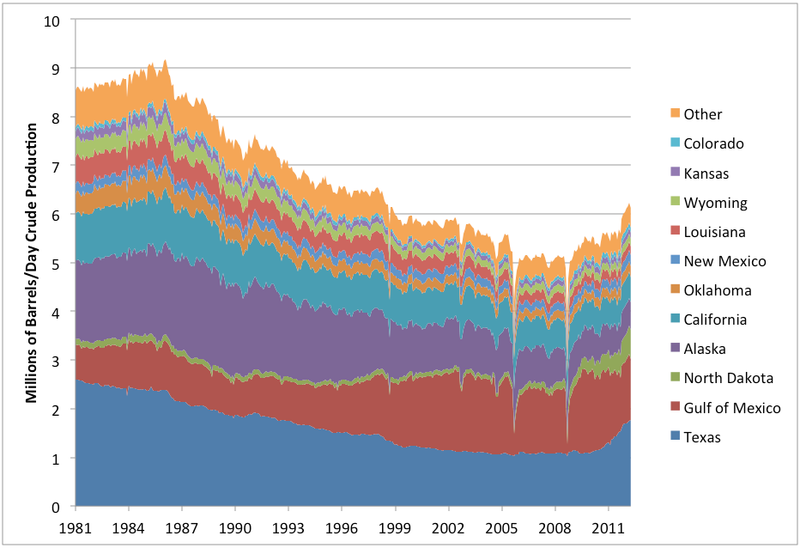 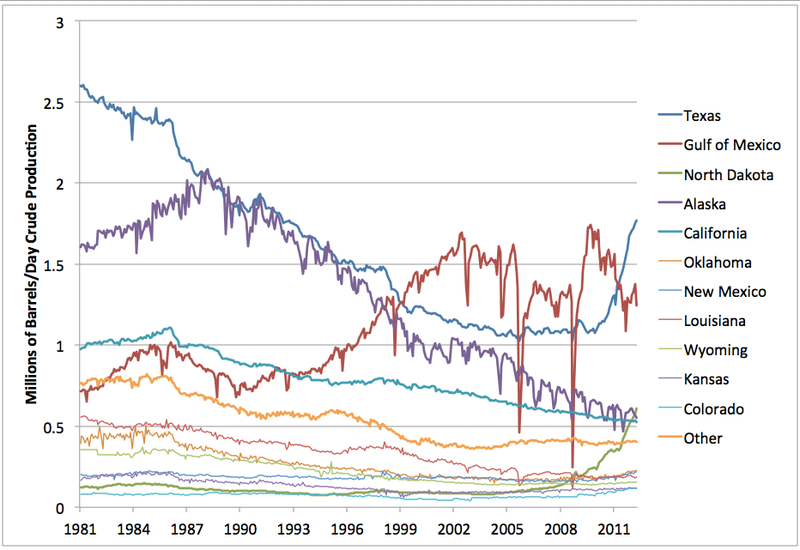 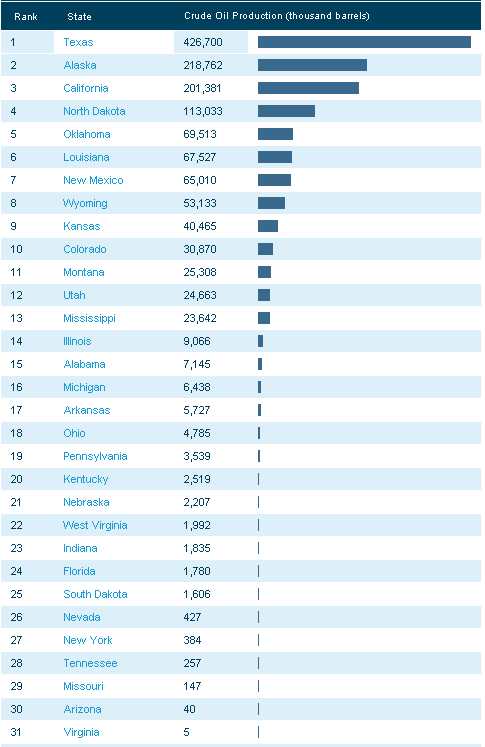